Not Another Happy Ending 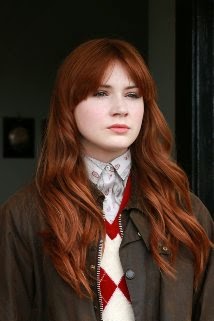 Last night was the opening night of the Cleveland International Film Festival, and it opened with a Scottish romantic comedy called Not Another Happy Ending. It's the story of a first-time novelist who tries to avoid becoming enamored with her publisher, becomes writer's blocked, reunites with her estranged father, and starts to see visions of her second novel's imaginary heroine. Yeah, I know. That's an awful lot to throw into one 2-hour film.

I am not the target audience for this film. I hate romantic comedies, and I rarely review them.

So, there's wooden acting, dreadful music, and 3 zany montages. 3! That's entirely too many montages. At approximately the 3/4 mark, the cameraman is visible in a framed picture hanging on a wall. Unfortunately, the funniest moment of the film was a sight gag involving a book called Enjoying Outdoor Sex In Scotland.

Don't get me wrong, Not Another Happy Ending had its moments. The imaginary heroine of the book could have been expanded, but since the film-makers decided to go heavy on the montages this was a comedic experiment that failed. The male friend/secretary/teacher was another moment that could have been expanded, but seemed jumbled and confused. I'm still not entire certain what his purpose was in the film, although he provided a couple of brief moments of levity. Both characters were a little too thinly drawn. However, the lead actress was adorable, and the dad was a solid, affable actor although we never really learned too much about why he was such an unconvincing scoundrel except as a few hints throughout the film and a couple of lines of backstory before a game of pub trivia. Another example of where losing the montages and writing about these writer's seemingly only companions would have fleshed out a weakly characterized script.

At nearly two hours, Not Another Happy Ending never seemed like we were going to get to the could've-seen-it-coming-a-mile-away happy ending, and at the same time it felt like I didn't learn anything about the central characters. This film probably would have worked better as a one season TV comedy.

It was a refreshing change to start the film festival with a fluffy bit of nonsense like Not Another Happy Ending, but it would have been nice to watch a comedy with a little bite to it.


Campers camp in the everglades, do a few seconds of unconvincing archaeology, and then get stalked by a dead medicine man unconvincingly taking the shape of stock footage of various animals in this slow-moving thriller. A loop of native drumming plays incessantly on the soundtrack, and then someone throws a snake. Someone gets startled by a plastic skull on a branch, and then some teenagers unconvincingly make-out on some hay. There's a moment of awkward shimmying, but it isn't anything to write home about, and I'm a little worried about you if you decide to write home to the folks to talk about the 1960s awkward shimmying you just watched in a dreadful movie. That's a waste of perfectly good stationery, because writing letters on stationery is a thing that commonly happens nowadays because it's the 1940s. Seriously though, that letter would probably be one to save for posterity in a scrapbook, and by "save for posterity" I really mean "drop instantly into the shredder like the electric bill or the gas bill or the cable bill or the car insurance bill". Then one of the teenagers is unconvincingly killed by stock footage of a freshwater everglades shark, and then the cast walks through the everglades pushing aside brush. The monotony of watching someone walk through the everglades pushing aside brush is occasionally broken by footage of someone running through the everglades pushing aside brush. Suddenly, the medicine man appears. It's only slightly interesting, and it's at the end of the movie and very brief.

I was saddened that Death Curse Of Tartu was awful, but not awful or interesting enough. Maybe I'm expecting too little and getting it. Anyway, I'm looking forward to watching the second movie on this Something Weird disc, Sting Of Death.

The Extraordinary Adventures Of Adele Blanc-Sec


A smart, sassy, assured female adventurer has debatably extraordinary adventures in this graphic novel adaptation directed by Luc Besson. Expertly handling such topics as the paranormal, Egyptian mummies, and pterodactyls in an age when womenfolk didn't handle such matters; The Extraordinary Adventures Of Adele Blanc-Sec is an enjoyable, cute, overlong, PG comic book tale that doesn't quite match Luc Besson's earlier films La Femme Nikita, The Professional, or The Fifth Element. However, Besson's adroit handling of strong female characters means Adele Blanc-Sec could have faired much worse under a lesser director. 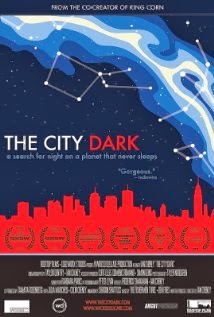 Astrophysicists discuss light pollution and bemoan our planet's increasing lack of darkness in this well-shot documentary. Featuring desert landscapes and brightly illuminated cityscapes, scientists count stars in Central Park although they have better luck finding them in the lovely painted ceiling of Grand Central Station. It's a sobering film, especially when discussing the plight of birds, turtles, and fireflies confused by the island of light surrounding urban centers.

An urban, nocturnal creature myself, I'm saddened by the poor turtles who can't find their way to the sea, but what would Times Square look like with its iconic signs darkened? What if we can't see the next planet-killing asteroid hurtling toward the Earth because the lights on Broadway are too bright? Do we just continue walking around buildings picking up the corpses of sparrows who crash into windows because they're attracted by fluorescent lighting? I don't know what the answer is. I like turtles, and I like being able to get Insomnia Cookies in Greenwich Village in the middle of the night. 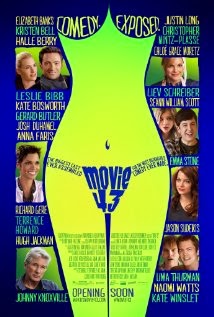