Blood Of The Man Devil 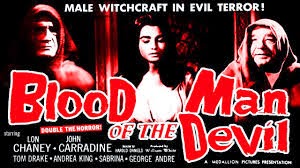 Featuring discussions of demons, witchcraft, and werewolves, three dance routines, lengthy periods of chanting, Lon Chaney and John Carradine wearing robes, incessantly croaking frogs, and very few man devils, Blood Of The Man Devil bores. Amidst camera shadows, a couple of skulls appear, but it's nothing to write home about and doesn't seem to support the plot. Lon wears some phony horns for some reason and then he disappears in a puff of smoke, and I wished the film would, too.


Whoa, man. Thanks to the trailer, I just realized Lon Chaney WAS the Man Devil. No kidding! Where I come from everyone wears horns, so it's no big deal, really. You learn something new every day, I guess, especially when it comes to man devils.
Posted by Stabford Deathrage at 8:52 AM No comments:

No time for blogging. Meanwhile, enjoy these trailers. 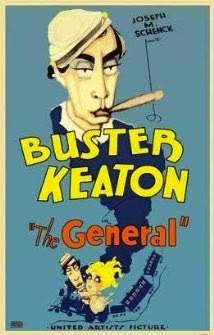 I can scratch another of AFI's 100 Years...100 Movies off my list, which I suppose isn't that great an accomplishment, but whatever. I've seen 81, but I'm being very critical, so that if I can't remember watching it, then it isn't counted. I know with absolute certainty that I've never seen Grapes Of Wrath, Best Years Of Our Lives, Dr. Zhivago, Birth Of A Nation, Intolerance, In The Heat Of The Night, Mutiny On The Bounty, Patton, The Jazz Singer, Swing Time, Guess Who's Coming To Dinner, and Yankee Doodle Dandy. I'm a little foggy on Treasure Of The Sierra Madre, The Gold Rush, City Lights, Modern Times, and Spartacus. I've seen part of Some Like It Hot and From Here To Eternity.

Anyway, I watched The General, and it's the story of a train conductor who tries to enlist when civil war breaks out, but he's rejected. The Union army steals his locomotive, and kidnaps the girl he loves.  Filled with thrilling stunts, brilliant choreography, beautiful cinematography, and Buster Keaton's amazing athleticism and deadpan comic timing, The General is simply one of the greatest films ever made. I gasped in awe several times, and I only wish I hadn't waited so long to see it. 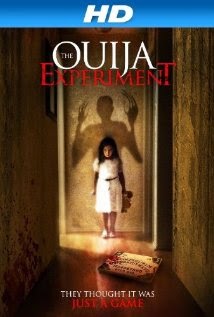 Five crashing bores fool around with a Ouija board with predictable results in this derivative found footage horror film. After several yawn-inducing interviews with potential Ouija victims, some distracting auto-focus, and uninspiring wood-paneled decor, the rules of Ouija are laid out in a ham-fisted manner, and the characters immediately break them all. You're probably going to find this hard to believe, but watching people play with a Ouija board is really, really boring, and watching them bicker about their love lives and forcing uninteresting spirits to give them relationship advice through a Ouija board like an otherworldly Dear Abby is even more so. I'm ashamed to say I jumped at one moment due to a motion-detector activated talking Halloween decoration in close-up, and I may never forgive myself. I did enjoy the brief moment of backstory near the end which has better acting and camerawork, but the final few moments of the film are totally botched with more shaky cam, a scene that blatantly rips off the Blair Witch Project, and an unconvincingly knife-wielding spirit. Meh. 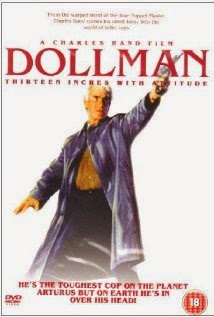 A tiny, hovering head suspended by strings wants 50,000 molecular ions for some reason, and a tiny cop with a gun that inexplicably explodes people into large chunks isn't having it in this dreary low-budget film. After traveling 10,000 light years to the distant planet of the South Bronx from a galaxy where Ray-Bans are common, we get an awkward walking-across-the-street montage that lasts longer than it really should and features more candles and hookers than it ought to. Then a tough single mother takes on some drug dealers in her neighborhood, and her neighborhood seems to be an abandoned industrial area with almost no apartments. After a lot of rear projection and forced perspective, Jackie Earle Haley shows up, and he's a lot better in this film than it deserves. 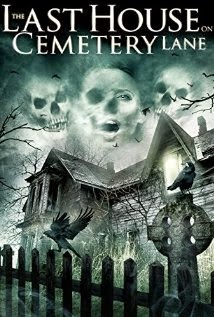 A screenwriter rents a 5-bedroom manor from some chick who is eager to inform him that an ax is available in the shed and he doesn't seem to have a problem with that. Then she informs him that there's an old, blind tenant living on the 3rd floor, and this again doesn't seem to bother him because that isn't at all outlandish, suspicious, or familiar to any other horror film ever, and I begin to doubt he is in fact a screenwriter.

Strangely enough, about 5 minutes into the movie the screenwriter abandons his work to stare at dead bugs and unfortunate taxidermy, and about 8 minutes in he enjoys a just-barely-qualifying-as-important-to-the-plot beach montage with a dreary soundtrack. The love interest appears at the 12-minute mark, and I wish I could go back in time 12 minutes and not start this movie, as the two have a creepy meet-cute at the local treehouse, and the cameraman makes an appearance a minute later in the reflection of some framed art. In between tedious romantic interludes, the screenwriter walks about in bikini briefs and a short purple robe, and some unseen ghostly DJ starts spinning the hits. Then the ghost writes the word 'murder' in fake blood on the bathroom mirror, and the screenwriter has some poorly-focused shaky-cam problems with a continuity-defying bathroom door latch. Meanwhile, the tenant upstairs is never seen even though she supposedly sits by the window, and I'm assuming she never eats or uses the bathroom. The Last House On Cemetery Lane doesn't seem to make a lot of sense, and it has absolutely no cemeteries in it. 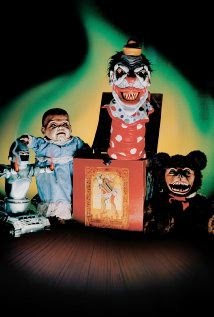 Toys come to life to kill some criminals, I think, in this low-budget horror film. After an extended chase scene and some unconvincing gunplay which culminates in an abandoned toy factory that requires 24-hour security and late-night chicken dinner deliveries, a criminal slowly dies illuminated in an uncanny beam of light. His blood then causes some unappealing toys to inexplicably come to life for some reason, and it's no wonder the toy factory went out of business. Then a clown jack-in-the-box chews his face off, which is actually pretty sweet. After some wooden acting which is punctuated by histrionics, the lead singer of Four Non Blondes climbs out of a heating duct. I'm not sure why. Then there's a continuity defying torn shirt. After a whole bunch of uninteresting movie, a guy causes a car with a giant chicken of top of it to explode via a flaming teddy bear.

It's been a little hectic around Deathrage Towers lately. I developed a small hole in the left hand pocket of my favorite jeans, and I was uncertain what to do about it. Since the Unfortunate Ascot Mishap Of January 2015, where all my ascots suddenly went astray somehow, I had to fire Valet, Butler, Tailor, and everyone in the laundry room, and by 'fire' I mean I lined them all up and shoved them down an open elevator shaft, where they plummeted 42 floors to their doom.

I tried ordering some new jeans from the internet, but I found myself suffering from pre-purchase buyer's remorse from $350 premium denim jeans. 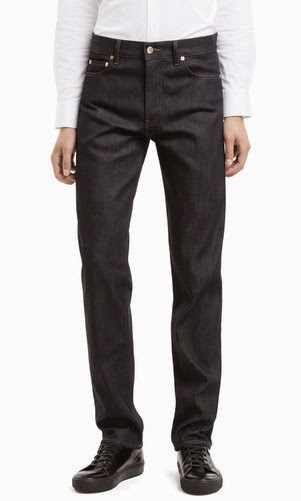 They're ok, I guess, but I'm thinking it's a good idea that when I buy my $350 jeans I should hire a hobo for minimum wage to walk next to me carrying a sign that says, "But of course these are $350 jeans. Would you like to see the receipt?" because I like to help people. In these tough economic times for everyone that isn't a billionaire industrialist, even a billionaire industrialist pauses to reflect on whether purchasing a $350 pair of jeans is economically responsible. So as I was pausing to reflect on whether I should purchase a pair of $350 jeans, and by 'pausing to reflect' I mean tearing the penthouse apart looking for a needle and thread to sew up my favorite jeans, Chauffeur suggested I go down to the local Target and purchase a sewing kit. Since I don't venture out of the penthouse that often or allow any of my employees to look at me directly, I've never heard of this particular haberdashery. Little did I know that Target is a large department store, and they sell men's jeans. I decided to purchase a pair for the reasonable price of $29. I've actually never paid $29 for anything, so I was astonished. Is that how much jeans cost? I have no idea. Now I'm worried that since I spent $29 on jeans I'm going to have to invest in an oil drum, a handkerchief, and a can of beans because if jeans only cost $29 then the country is sliding into economic turmoil and we're all going to become hobos, but I've never met a hobo and my only experience with hobos is from watching the film My Man Godfrey.

Between episodes of worrying about whether or not I'm going to end up living in a van down by the river, I watched a few episodes of the 1970s TV show In Search Of.

It's come to my attention that Leonard Nimoy has died, which is unfortunate. I was never a big Star Trek fan. Don't get me wrong, I enjoy a tribble as much as the next guy. It just wasn't my thing. I did enjoy Leonard Nimoy's In Search Of, which is totally my thing. Ghosts, Loch Ness Monsters, Bigfoot, that makes for good TV, and by 'good TV' I mean 'bad speculative TV hosted by a guy wearing an ascot', and by 'bad speculative TV' I mean 'awesome TV and Spock needs to give me back my ascots'.