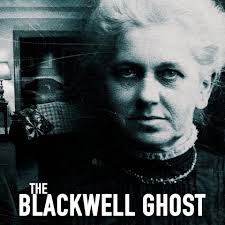 A self-deprecating filmmaker decides to abandon zombie films for ghost hunting, and finds he's terrified of fairly standard haunted house tropes in this documentary-style horror film. After viewing a couple of not-especially compelling ghost videos on Youtube, the filmmaker flies a plane to Pennsylvania, where he interviews a homeowner who captured footage of a supposed full-body apparition meandering through his dining room. As luck would have it, the home has a dank basement with a "well" covered by a heavy iron lid with the word "sewer" on it, where a legend says that a crazy woman dismembered children and tossed their remains within it.

The filmmaker and his wife take up the owner's completely-not-creepy offer to spend three nights alone in the house, and they set up apps, cameras, and a trigger object and wait for results. During the night, the couple awakens to find the basement door mysteriously open, but of all the haunted places in the house, they neglected to place a camera on the possible source of the phenomena. Newbie mistake, or plot device?

The next evening, they awaken in the night to a house filled with smoke, as the oven and all the stovetop burners were on. Not sure if that would cause smoke, though. I guess that would depend of the cleanliness of the homeowner's oven or the special effects department. The filmmaker does some research, and finds a newspaper article backing up claims of murder. Because he felt like getting suffocated by sewer gases, the filmmaker opens the well, because why not. Suddenly, all the equipments' batteries are drained, the lights go out (although one lone continuity-defying night vision light remains on), and the haunting hits a fever pitch.

The Blackwell Ghost consists of interviews, selfies, emails, cellphone usage, computing, flight footage, muffled onboard microphone usage, shaky cam, one seemingly annoyed wife, and very little ghost footage. Brief at less than an hour, it's mostly irritating when we're forced to watch cellphone footage, but has a compelling quality about it when the film gets down to the actual ghost hunt. It also raises a couple of observations. One, no matter the quality of 'evidence', there will still be disbelievers, particularly if you already have a career as an effects-heavy filmmaker, whether it's in ghost hunting, climate change, science, politics, or what have you. And two, what noises in someone's house can be attributed to spectral phenomena, and what can be attributed to faulty wiring, the expansion and contraction of old wood, absent-mindedness, overactive imaginations, or the effects of gravity on clutter? When the filmmaker is conducting his walk-through of the house, the owner describes the alleged spirit climbing the stairs and the accompanying creaky sound. The wife shrugs this off, saying houses often make noise, which is true.

After viewing The Blackwell Ghost, I decided to prepare dinner. I thought to myself, "Odd noises don't happen where I live. Noises have a reasonable explanation. Usually, it's because something expensive needs to be repaired."

At that exact moment, an unexplained noise occurred, as if something moderately heavy fell somewhere in the depths of my abode. My dog, sitting in his usual place, dangerously underfoot as I cook, looked in the direction of the noise, and then looked up at me with an expression of wonderment. I said, "Yeah, buddy. I heard that, too."

After an investigation into the source of the sound, as if we were Scooby Too and Shaggy, I have no idea what it was, or what caused it. This does not mean my home is haunted, but it does seem to contain some amount of gravity.

Chef And My Fridge 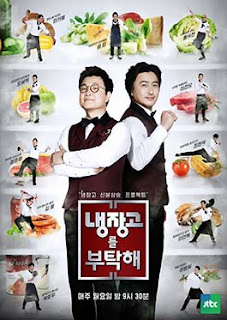 Celebrities become embarrassed by the contents of their refrigerators while chefs attempt to create a dish from their leftovers in this television cooking show.

I'm really having a difficult time wrapping my head around the premise of this program. From what I gather, some hapless studio interns burgle a celebrity home, kidnap the celebrity's refrigerator and transport it to the studio, and plop it in the center of a stage. Afterward, completely different, chatty, chummy, overly hair-doo-ed celebrities critique the contents, and then chefs have 15 minutes to cobble together a dish from the kimchee, plum jam, and squid tentacles found within it. I'm honestly hard-pressed to think of a scenario more horrifying.

I'm not 100% sure what's happening in this clip, but if it involves chunks of squid and beets, I'll pass. I try to avoid eating beets or anything that can open its own jar of dipping sauce.

Anyway, if someone had the bravery to hijack my fridge today, they'd be very disappointed. Its contents consist of several half-jars of various pasta sauces with dates they were opened magic-markered on the labels, an ironically-named crisper full of celery so antiquated it has liquified, a bowl of pea soup with a bit of foil loosely covering its top because I couldn't be bothered to locate the appropriate lid, and my life-blood, a carafe of cold brew coffee, which I'm always extremely concerned about. If I'm not drinking cold brew coffee I'm planning when my next cold brew will happen, because if I run out of cold brew coffee, I'll destroy your world by raining fire and brimstone upon you. No offense. There's one rule of thumb in the Deathrage penthouse, and it's "Keep your thumbs off my cold brew, and I won't be forced to break your thumbs". 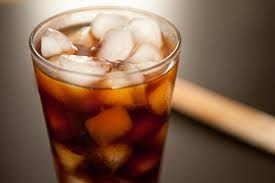 This glass is much, much too small, but doesn't it look refreshing? 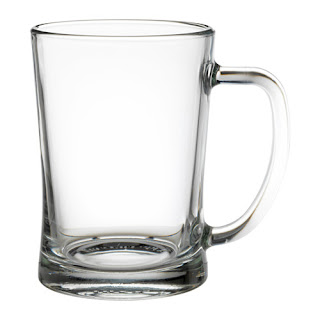 That's more like it.
It will hold either 20 ounces of beer or coffee, so you should probably buy at least two.
$1.99 at Ikea.
Fill 'er up.

Don't get me wrong, I cook. I cook a lot, as one could surmise by the pea soup (and in spite of the melting celery), which I made from dry peas from scratch in my Instant Pot. Please don't get me started on my Instant Pot, which I use about 3 to 4 times a week. You'll be recounted with a lengthy endorsement of its many attributes, as the poor woman purchasing one behind me at the Target a few weeks ago can attest to, where I told her every dish I made in it that month and made her go online and purchase a second insert whether she wanted one or not, because a second insert can be invaluable when entertaining, because while one insert is being used for rice or beans or whatnot, a second insert can be used to prepare a main, a side dish, or whatever, and you wouldn't have to wash the one lonely Instant Pot insert between courses like a sucker. 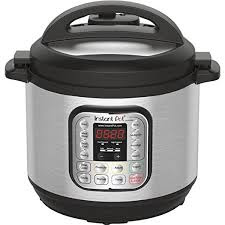 Sure, I get it. The Instant Pot pretty much just makes soups, stews, soup-like stews, or stew-like soups. And hard-boiled eggs. It makes perfect hard-boiled eggs in a fraction of the time. But that's not really important right now.

Chef And My Fridge is one of those inexplicable talk/variety/cooking shows where people talk and cook while absurd graphics flash on the screen, and the celebrities enthusiastically lick the bowl the squid tentacles are served in, and it's one of those kinds of shows perfect to watch while sitting in your dentist's office while your Instant Pot is keeping the red curry chickpea stew you prepared at home warm for up to 10 hours.

Oops, someone placed an infomercial for the Instant Pot here instead of a trailer for Chef And My Fridge, which I can't seem to find anyway. I am not being paid to hawk Instant Pots, but I'll take some Instant Pot cash if there is some random Instant Pot cash available. Just send it to my PayPal.

A Skin Too Few: The Days Of Nick Drake 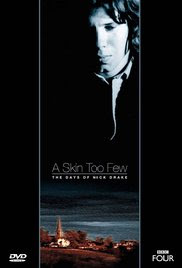 I accidentally tried to hurry the arrival of autumn. A post describing this documentary appeared in my Facebook feed, thanks to the fine folks over at Dangerous Minds, and although the weather was a little too warm and sunny, I felt the compulsion to watch this short documentary.

Following his career until his untimely death, A Skin Too Few interviews his surviving family and the musicians and producers who worked with him. Unfortunately, there is no footage of Drake performing, and his career only lasted a scant seven years, which accounts for the documentary's short length.


And don't forget that commercial that brought his music to a much wider audience.

Houston, We Have A Problem 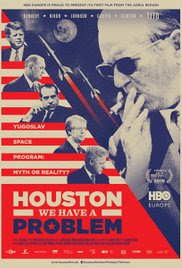 The Yugoslavian space program began in the 1920s. Building a vast underground facility known as Object 505, the Yugoslavians built and tested a 3-stage rocket, which crashed into the Adriatic Sea. The cost of exploring outer space could potentially bankrupt Yugoslavia, so the country offered their technology to the US, whose space program was struggling. After the sale, the Yugoslav economy is buoyed to such an extent that there are parades, girls in bikinis, and dogs riding pool floats. Unfortunately, the tech doesn't work, so the US wants a refund. Various assassination attempts, faked deaths, and other conspiracies occurs, culminating in the rise of the infamous automobile The Yugo and the ultimate breakup of the country.

Exploring the rubble of the abandoned Object 505 site, the massive, crumbling water tanks the Yugoslavians used to train astronauts for their journey to the weightlessness of outer space, and utilizing vintage film footage, a pig test pilot, and clever digital manipulation to create an atmosphere of truthiness, Houston, We Have A Problem explores a scenario of a past where a country was destabilized and exploited, but maybe sort-of not necessarily for its burgeoning space technology.