Batman Vs. Superman: Dawn Of Justice 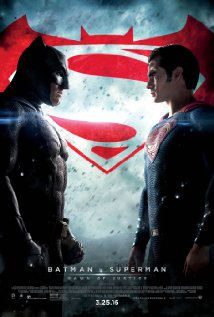 Normally here I would do a quick summary of the film I'm going to review. I'm not going to do that, because I assume you've heard of the two frowning superdudes pictured above.

So, here we go. Let's pretend for a moment you're unfamiliar with the origins of Batman, because honestly, DC seems to think you've been in a cave for the past 80 years, which requires yet another filmic recap of how Bruce Wayne became Batman. In fact, there's a show on TV doing just that, explaining the origin of Batman and it's taking nearly forever. Plus, it's free, and you don't have to go to the theater and spend $10 on popcorn. Just turn on the TV, and there it is. Did I happen to mention this film is 3 hours long? Any Batman origin should absolutely be left on the cutting room floor. No one needs it, especially when your butt is falling asleep.

I'm going to admit that I didn't see Man Of Steel, and I assume that Batman Vs. Superman is a continuation of that film. I'm just not a fan of Supes, and I'm even less a fan of a dour, megalomaniacal, fascist Superman. Look, I don't want to suggest that we go back to the silly '50s and '60s Superman, you know, like the issue where he battles Dr. Supernatural and his Execution Buzzard. 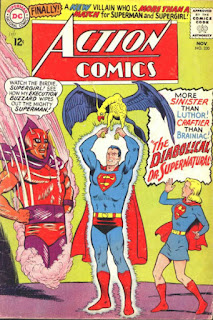 Actually, I think I would rather see '60s Supes battle a buzzard than Modern Mopey Supes battling Twitchy Luthor any day. More on that later. These modern, 'adult' versions of these heroes are boring and angsty and seem to take a lot of baths, and it's somewhat of a rip-off. Don't you remember heading out to purchase a Batman action figure when you were younger, or back in 1997, or last week, or whatever, and they didn't have any 'classic' Batman figures and they only had Battle Board Batman and his stupid pastel purple suit? 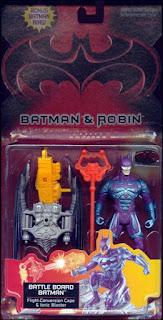 Yeah, that. It's dumb. I'm not an obsessive fanboy demanding 80 years of canonical backstory. Put someone in the suit, put the suit in the car, and save the freakin' world. That's all I ask. And not The Tumbler. I mean the freakin' Batmobile. It's. Not. That. Hard.

Speaking of saving the world, there's a thrilling sequence in this film where Supes battles an alien, resulting in mass destruction. Does it have anything to do with the Man Of Steel? I don't know. It was an exciting scene, and since it was an exciting scene, it's over pretty quickly. Then Twitchy Lex Luthor appears. Why is Jesse Eisenberg in this film? I like him. He was great in The Social Network. He is astonishingly miscast as Luthor. He twitches and spouts non sequiturs, and appears to have attended several classes at the Johnny Depp Acting School, where no take is a good take unless it's a triple take.

And of course, Wayne Manor is in ruin, which is a slight step up from always being infiltrated in the movies. And Batman has premonitions about a future dystopia where Supes is a fascist because of course he does. That's one of Bats' many superpowers. And don't forget the gadgets! Batman uses a blinking transponder to locate Kryptonite, yet it was right there in LexCorp all along. I certainly wouldn't want to be the guy to explain to Batman that the thing that could kill Superman is probably concealed at the lair of his archenemy, because heck, what do I know?

Convoluted, slow-moving, unnecessarily long, and very, very serious, Superman Vs. Batman: Dawn Of Justice plays like dozens of tiny, ponderous, barely-connected mini-movies, all of which are dreary. Thrilling and terrible in equal measure, the thrills are almost instantly forgotten once they're over. It's no fun. It does have the very best CGI money can buy, well, except for that moment with Supes in space, which was embarrassing. Oh yeah, I forgot. The Justice League makes a pointless money grab of a cameo, and it's a huge letdown. However, any scene featuring Wonder Woman is fantastic, and there's not nearly enough of her. You know what they should do? Make a movie about her.

Head over to Cultured Vultures, where I complained about the film Most Likely To Die. 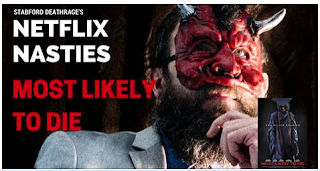 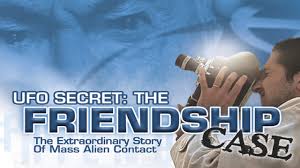 Models of UFOs dangle from strings in this speculative paranormal documentary. Two groups of extraterrestrials battle over the hearts and minds of Italian UFO experiencers, the W56 are the good ones, the CTR are the bad ones. Fruit gets teleported, TV programs get interrupted, and advanced alien communication devices get implanted in the paws of dogs at the beach. I'm not sure why. Suddenly, an ancient letter from Voltaire to the Count of St. Germain is submitted as evidence, where Voltaire speaks of 'talking pictures' and 'flying machines', which while compelling, doesn't really substantiate much. I don't know an awful lot about UFOs, advanced alien communication devices, or teleported fruit, but it only took me about 5 seconds to discredit the Count of St. Germain as a reputable source for anything, as Wikipedia claims Casanova called him 'a celebrated and learned imposter'. I'm not really sure what any of these guys have to do with UFOs, but I always liked this track by St. Germain.


I'm open minded about dog's paws, disappearing fruit, 18th-century philosophers, and house musicians, but I don't think they have much to do with UFOs.