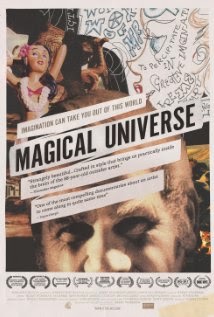 Documentarians discover a reclusive folk artist who uses Barbie dolls as his medium, and then engage in an awkward long-distance friendship in this enigmatic, Grey Gardens-esque film. Using Super-8, VHS camcorders, and I-Phones and taking over 10 years to complete, Magical Universe is the story of Al Carbee, a lonely, amiable artist who created complex dioramas for hundreds of Barbies in his sprawling, labyrinthine house. Obsessive, creepy, charming, and inspiring, Magical Universe illustrates how creativity can flourish in the most unlikely settings.

Bring Me The Head Of The Machine Gun Woman 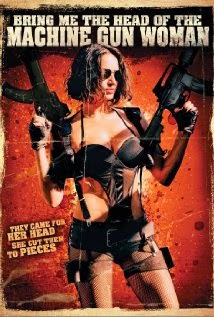 A timid DJ has to track down a bounty hunter in this derivative action film reminiscent of tele novellas, Quentin Tarantino's Grindhouse, and the video game Grand Theft Auto. A chick wearing underpants and stockings cuts the heads off her victims, and at least two people are killed by drinking straws. Bring Me The Head Of The Machine Gun Woman is a little slow-moving, could use fewer graphics, and needs a bit more Machine Gun Woman. In spite of this, I think I enjoyed it, and would mildly recommend it. 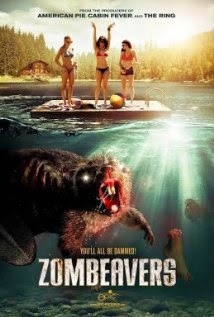 Toxic waste creates zombified beavers in this disappointing horror film. Tediously developing unlikeable characters and setting up a "who kissed who at the frat party" backstory takes up the first half of the film, and the second half isn't nearly as ridiculous as a film entitled Zombeavers should have been, where the disposable characters are trapped at a rural cabin by felled trees and unconvincingly startled in the shower. Sure, there's entrails, severed legs, and gooey beaver puppets, but the film meanders about with selfie-drama instead of creatively putting 6 cardboard cut-out collegiate douchebags out of our misery. Slow moving, boring, and oddly serious, Zombeavers would've been more entertaining had it ramped up the camp.

Supermensch: The Legend Of Shep Gordon 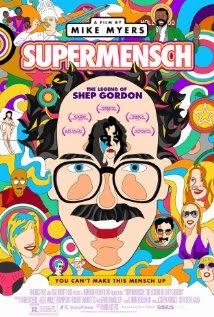 The life and career of the manager of Alice Cooper, Blondie, Teddy Pendergrass, and Anne Murray is examined in this touching, irreverent, and bittersweet documentary. Following a guideline of 'compassionate business' where he asks favors and repays them in kindness, Shep Gordon put panties on vinyl albums, hung out at the Playboy Mansion, and ingested huge quantities of drugs. I was particularly impressed by Gordon's three rules:


...and that's something I can believe in. Featuring a laundry list of celebrities frankly discussing Gordon's legendary antics, Supermensch: The Legend Of Shep Gordon is inspiring and funny. 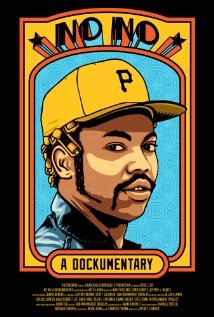 The life and career of Dock Ellis is profiled in this touching, heartfelt, and inspiring sports documentary. Dock Ellis, pitcher for the Pittsburgh Pirates, became infamous for his outrageous behavior, from wearing curlers in his hair to his LSD-fueled no-hitter in 1970. He retired in 1979, then became a drug councilor. Featuring tearful interviews with former teammates and family members, vintage game footage, and a tremendous soundtrack curated by Beastie Boy Adam Horowitz with tracks by Curtis Mayfield, Hawkwind, and Detroit photo-punks Death,  No No: A Dockumentary is an enlightening portrait of a baseball legend. 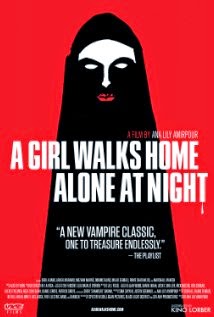 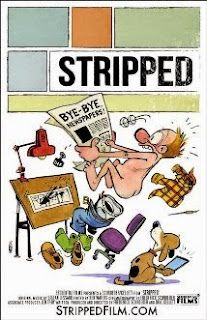 The history of the comic strip, the shrinking newspaper business, and the medium's transition to the internet is examined in this well-made documentary. Discussing their struggles with writer's block, their work ethic, and their creative process, many cartoonists are interviewed, including the reclusive Bill Waterson of Calvin And Hobbes. I also found the film outlining the step-by-step process of becoming a successful cartoonist to be very helpful, where 1) cartoonists first give their product away for free, 2) grow their audience, 3) create and sell merchandise, and 4) sell advertising, because for my blog I started at #1, skipped to #4, forgot to do #2, and neglected to do #3. Better luck next time, I guess. 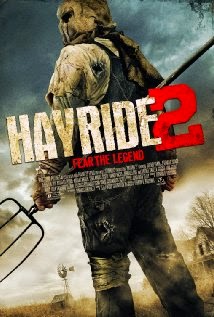 A guy in overalls, a burlap sack over his head, and a pitchfork preys on the survivors of the first film in this derivative, slow-moving, and surprisingly hayride-free horror film. Not being from the country, I found this film to be quite terrifying, but only because of its fashion choices. Since I feel the country is only suitable for driving through at high speeds getting from one megalopolis to another, I'm afraid that if I stop somewhere in the country I'll be forced by some inhuman monster to wear either burlap or overalls, be tied up in the woods and forced to eat freshly slaughtered chunks of pet rabbit, or go on a hayride. Could you imagine the horror of sitting in a wagon full of hay being carted around by a horse at the dizzying speed of one mile an hour looking at completely different piles of hay? I shudder at the thought.

Speaking of shuddering, I didn't shudder at all during Hayride 2, which seemed like a rural remake of Halloween 2, where people are murdered in a hospital by an unstoppable serial killer, far from any variety of hayrides. There is moment where someone is pitchforked in the chest until they're all squishy, but that apparently happens in the trunk of a police car, and not a slowly moving wagon full of hay. Filled with more feels than you can shake a wheat thresher at, a majority of the action in Hayride 2 consists of sitting around and talking about one's feelings, and if there's anything I hate more than burlap, overalls, the countryside, pitchforks, hayrides, or this movie, it's feelings. 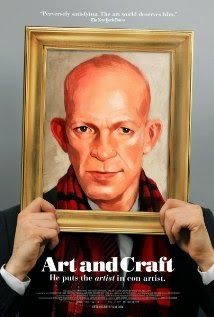 A fascinating and compelling documentary, Art and Craft profiles the career of Mark Landis, a serial art forger. Rather than sell his convincing fakes, he creates an intricate backstory and donates his forgeries to museums. To date, he had 100 pieces on display at one time or another in 46 museums in 20 states. Frail, soft-spoken, and suffering a laundry list of psychological problems, the shrewd, drowsy Landis imagines himself a philanthropist. The duped curators feel otherwise. Living in his deceased mother's cluttered apartment amidst her luxurious belongings, piles of xeroxed artwork, and fakes-in-progress, Landis sips booze from a Milk Of Magnesia bottle and eats TV dinners from silver platters. An intriguing and thought-provoking film, Art and Craft is psychologically complex and remains as dispassionate about the issue of art forgery as its central character. 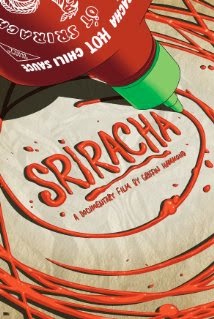 The condiment is examined in this short film. Well-made and featuring a lot more songs about sriracha than I thought was possible, the film recounts the history of the sauce and has some charming interviews with its shy, unassuming creator. I enjoyed it quite a bit, and it made me realize I don't have any sriracha in the fridge at the moment. I should probably remedy that. 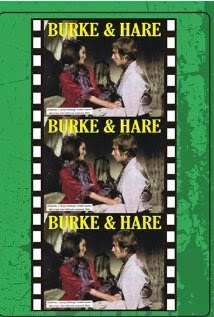 The infamous grave robbing murderers sell bodies for dissection while medical students cavort with prostitutes in this dull drama. Featuring inappropriately chipper TV-sitcom music, lots of tri-cornered hats, many plunging necklines, and a persistent microphone shadow during the roast beef scene, nothing much really happens in Burke And Hare, and by 'nothing much happens' I really mean 'the persistent microphone shadow makes another appearance during the stew scene, and maybe it keeps doing that because the boom operator needs a lunch break'. A grown man doing a little role play as a naughty schoolboy gets half-heartedly threatened with a caning by a not-particularly-enthusiastic hooker, and then the brothel catches on fire and a great deal of screen time is devoted to it. I was particularly pleased this happened because it meant that something finally happened. Unfortunately, this film isn't called "The Night During The 19th Century When The Brothel Caught On Fire Because An Unenthusiastic Hooker Was Involved In A Little Unconvincing Light Bondage", it's called "Burke And Hare", and it doesn't seem to have much grave robbing in it.