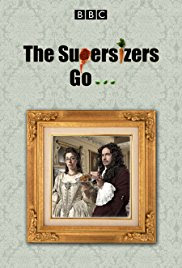 Currently, I only have 5 unfinished reviews in my drafts, which is pretty great. That does not count all the reviews I discarded in a fit of rage, but who's counting? I've swept the floor, trimmed the dog's toenails, made some soup, well, probably not in that order, but you get the idea. All of these things have been done to keep me from finishing any of those reviews.

Instead, I'm going to knock out this brief review of the television program The Supersizers Go.

Actually, what I'm going to do first is complain about my upcoming trip to Hollywood. Now, don't get excited. It's a stupid business trip, and under no circumstances do I want to go. I'm going to be trapped in all sorts of meetings and conferences from sun-up to sundown, and it's going to be an enormous drag.

To make matters worse, I'm going to be right there on Hollywood Boulevard, trapped in a corporate meeting, forced to eat an inane cheese sandwich, which I was absurdly demanded I order nearly two weeks in advance, and it's not going to be any fun whatsoever. The genius who thought up the idea to proactively order lunch obviously has no idea who they're dealing with. I have the attention span of a gnat, so expect me to change my mind fourteen times on what I want to eat for lunch. I should never have ordered a cheese sandwich. I really should have ordered something else. I was sent a picture-less menu in advance with a deadline. I had a week to think about it. Obviously, I decided at the last moment in a panic, and now I'm filled with cheesy regrets. Why couldn't we have ordered when we arrived? Is this not the Internet Age? Why was this a huge deal? My mind is in a spin. I haven't even had this sandwich yet, and I'm positively sick of it. I'm going to have to blink at people in a corporate setting while eating a soggy cheese sandwich I started hating more than 13 days ago. I have no control over my life.

Because I'm very sensible, I've prepared for my trip by purchasing outlandish footwear and 80s gothic t-shirts, because I've been told I have to dress business casual and wear a button-down shirt, and I have to wear comfortable shoes, and no one tells me what to wear, and no one tells me to be comfortable. I've never been comfortable in my life, and I'm not starting now. Shoes aren't meant to be comfortable, they're supposed to startle and confuse people, well, at least the pairs I always buy.

I'm going to do business like I always do business, which I suppose means I'm going to be disturbing, alarming, and disruptive, and I'll be doing team building exercises looking like a bearded Nick Cave. 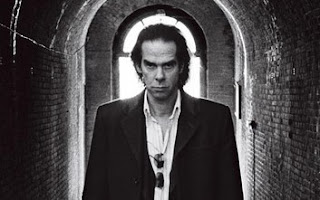 If I'm allowed to escape, I'm going total tourist on this trip, so if there's any way I can get down to Panpipes Magical Marketplace, I'm going to, which is right down the street from the Hollywood Roosevelt Hotel, where I'll be chasing the ghost of Montgomery Clift until all hours, and I might check out Beetle House LA, which is the Beetlejuice themed nightclub and bar, because like just like Mount Everest, I'll go because it's there. These are things that must be done, because I've been to Los Angeles several times, and every time it has sucked. Meetings upon meetings upon meetings. It was just awful. If you were to quiz me on Los Angeles after any of my business trips, I would have to say it's full of chafing dishes.

Because I'm me, I'll probably stage a mutiny during those team building exercises, and drag everyone down to see William Shatner's star on the Walk Of Fame just to be a jerk and to walk off the bloat of that cheese sandwich. I have zero tolerance for corporately mandated fun, and as Groucho Marx said, 'I wouldn't want to be a member of a team that would involve any sort of team building', although I might be paraphrasing, but that's not really what we should be focusing on. I'm going on a really lame trip, and it's going to be tedious and awful unless I do something drastic and cheesy and mutinous. So if I have to go, I'm going all out. But I'd really rather not go.

Speaking of going, let's get back to The Supersizers Go. Sue from The Great British Bake Off relives moments of British history through its food and clothing, and it's absolutely hysterical. Medieval, Restoration, Edwardian, and even the Eighties, are all experienced through period dishes and fashion, and many animals are eaten, and several are sewn together to create entirely new ones, which is ghastly. 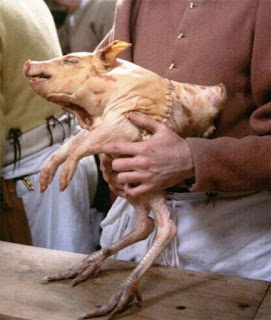 The Medieval version of a Turducken.

The banter flies fast and furious, with Sue describing a cake by saying, 'This sponge has the ping and spring of a Jayne Mansfield hooter', and I'm certainly not going to argue with her about it. Sun-dried tomatoes are eaten, Sue regrets some fondue, and the dulcet tones of Spandau Ballet are heard, but don't let that put you off. It's very funny and informative.

Dracula Has Risen From The Grave 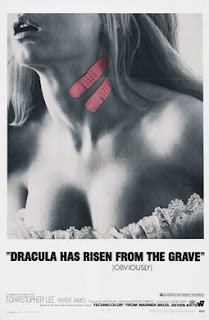 I'm not really one to go into New Year's resolutions, because I think I'm already pretty great, and I don't need much improvement. In fact, I would consider myself a genius, and someone who's pretty stable. Having said that, I'm going to forget I said that, and explain my New Year's resolutions, which involve a lot of self-improvement. Many times last year, I said I would try to post more reviews. Forget I said that. Sure, you could easily look and see that my number of posts were the fewest since the beginning of this blog, but that's not important right now. What is important is that I'm going to post more from now on, but don't hold me to that, because I could easily change my mind. 2018's posts will be the very best ever, as long as you don't look too deeply.

The following post is a review from October I abandoned. It's probably the best of all the posts from last year I abandoned, which certainly isn't saying much, but ignore I said that. Here it is, it exists. Just ignore all the incomplete thoughts, non sequiturs, and 180 degree turns. It's fine. In fact, it's better than fine. It's the best.

Oh yeah, forget I said anything about New Year's resolutions. I need no improvement, and you can't prove it.


Dracula Has Risen From The Grave


No one comes to a church because it caught a bad case of the draculas. A buxom dead chick dangles from a church bell because that's the best place to hide them, I suppose. Inexplicable, random, low-lying fog appears. An elderly monsignor climbs up a mountain carrying an absurdly large golden cross, and his companion, a priestly weakling, flops about. Varying stock lightning occurs, along with varying European villages.

Dracula forces the timid priest to dump a rotten corpse out of coffin so Ol' Drac has a place to sleep, which was actually pretty sweet. Then there's a dreary discussion about a spilled beer. The hero has a anachronistic Roger Daltry-esque haircut, which distracts. A grown woman attempt to sleep with a porcelain doll, then climbs absurdly high rooftops. Someone has several 'shnaps'. Dracula lurks about and glares, and little else.

The movie continues with carriage rides, walking, and multiple rooftops. Finally, Drac gets stabbed a few times, falls, bleeds from the eyes, but forgets to change into a bat to escape his fate.

Dracula Has Risen From The Grave is a Hammer film, which is about the best thing going for it, and makes it light-years better than any of the Twilight films, which isn't saying much.


In case you missed it, I rambled on about the sci-fi film Taking Earth over at Cultured Vultures. Check it out.