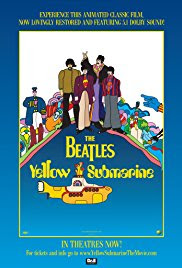 We live in strange times. I'm not talking about current events, where seemingly nothing is real. What I'm talking about is that we are currently in an epoch where the young people consider The Beatles to be over-rated.

I just wasn't made for these times.

I was going to list some of the achievements of The Beatles. Between 1964 and 1970, they released 11 Number One albums, 20 Number One singles, held the Top Five positions in the Billboard Charts, appeared in five feature films, and has the most covered song in history with "Yesterday". The list goes on and on, and it's staggering. So I decided against it.

From Wikipedia: Writing for AllMusic, music critic Richie Unterberger recognises the Beatles as both "the greatest and most influential act of the rock era" and a group that "introduced more innovations into popular music than any other rock band of the 20th century". In Rolling Stone magazine's Encyclopedia of Rock & Roll (2001), the editors define the band's influence as follows: The impact of the Beatles – not only on rock & roll but on all of Western culture – is simply incalculable … [A]s personalities, they defined and incarnated '60s style: smart, idealistic, playful, irreverent, eclectic, ...no group has so radically transformed the sound and significance of rock & roll. ... [they] proved that rock & roll could embrace a limitless variety of harmonies, structures, and sounds; virtually every rock experiment has some precedent on Beatles records. Four of their albums are in Rolling Stone's 500 Greatest Albums Of All Time's Top Ten.

Someone might cynically claim that that's "being over-rated", and I would just as cynically recommend that person learn a little musical history further back than last week. 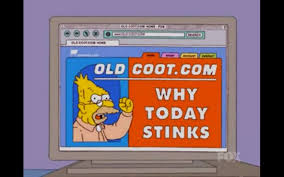 Surreal, hallucinatory, and Dadaesque, Yellow Submarine is filled with zany, nonsensical adventures, as The Beatles travel in their eponymous vehicle to save Pepperland from the Blue Meanies. Cheeky wordplay, double entendres, and sight-gags abound.

Strangely enough, this sinister, terrifying, kaleidoscopic, and joyful film was for children. Could have fooled me. But then there's this:


Referential and self-referential, with snippets from the French National Anthem, Glenn Miller, Greensleeves, and Bach, only a world-conquering creative force such as the Beatles would have the guts to reference themselves, not just once, but twice. Let me remind you this is a pop tune. And how can one not collapse into ugly-faced weeping at the beauty of the harpsichord, the brass, the strings? Impossible.

And don't get me started on this clip. Gorgeous and revelatory.

Whoops, sorry. Looks like I'm unable to embed or link to a 40-second clip of Eleanor Rigby because I suppose a 40-second clip will keep you from purchasing either the remastered Blu-Ray of Yellow Submarine, or adding another to the 5 million copies of Revolver sold as of 2014. Just imagine the tune. Hum along if you'd like. Relax, and float downstream.

Here's a link to the trailer, as the film is hitting UK theaters for a 50-year anniversary run. 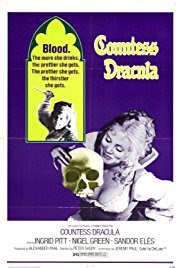 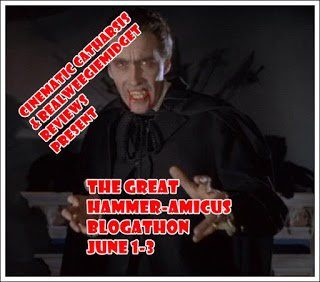 I'm thrilled to be contributing to Barry_Cinematic and Realweegeemidget's Great Hammer-Amicus Blogathon. It's an honor to be considered worthy for inclusion in the blogathon, and by "considered" I really mean "allowed after embarrassingly pleading and wringing my hands in desperation to be included".

In typical Stabford fashion, I'm cramming my review in at the last minute in spite of nearly three months lead-time because I've been terribly busy reliving my past by being Goth-As-All-Get-Out. Instead of buckling down and writing my review, I've been listening to frightful musics lately, and it feels pretty good to feel this bad.

Thanks to Youtube's algorithms, this disquieting record was introduced to me. According to The Quietus, Ksiezyc (which translates to Moon in Polish) contains a 'magick that imbued their mix of ancient slavic folk music and 20th century minimalism with a melancholy ambience', and it's pretty darn sweet.


I also recently did my morning T25 exercise routine to this album by early-70s freak-folk outfit Comus, again thanks to Youtube's magickal algorithms. Described as "notable for its unique blend of progressive rock, folk, psychedelia, and elements of paganism and the macabre", it's perfect for 25 minutes of sweating to T25 Speed 2.0, since it's akin to the sound of being chased through a skeletal, autumnal landscape by torch wielding villagers. The 70s certainly were freaked out.

However, it's been difficult to listen to any music lately that isn't "The Wheels On The Bus" because the grandchildren have been shrieking to watch Sarah And Duck. They keep shouting, and I quote, 'I DON'T LIKE THIS MUSIC PAHPAH, IT'S DEGENERATE ART!', and I don't need four diapered fascists pointing their fingers at me. 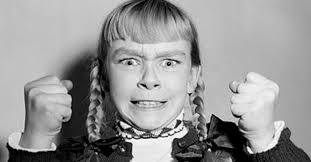 Anyway, Sarah And Duck is an animated cartoon for children, and I've seen every episode 100 times but couldn't tell you what happens in any of them. From what I gather, Sarah is a human child who has adventures with her duck sidekick named Duck, and it's gentle and quiet and rather surreal, with plotlines that often involve baked goods, talking planets, lemons, and shallots. Unfortunately, I fall asleep in my chair watching this program, and it's infuriating because I'm no Martin Crane. 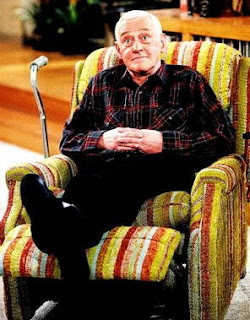 What does this have to do with Countess Dracula? Nothing really. Anyway, on to the review.

To choose a film for the blogathon, I had to Google "Worst Hammer film", and honestly, I wasn't exactly successful. The Hammer studio churned out quite a bit of quality product, and even its less successful films wouldn't exactly fit onto a Worst Films Of All Time list. So I picked the worst reviewed film I could find, and here we are.

The film opens as a peasant gets runs over by the mysteriously-veiled Countess's horsedrawn carriage. Another peasant screams "Devil woman!", at the carriage, and I can certainly relate to that and this seems like a pretty solid way to begin just about any film. At the reading of a will, the Countess is annoyed that her daughter gets half of her husband's estate. The daughter is en route to the Countess's castle, much to the chagrin of the Countess.

It's a good a time as any for the countess to take a bath because it's only been about 30 seconds into the film, and the Countess scalds a wench who couldn't manage to cool her bath, then makes the wench peel a peach. The wench is cut by the knife, and the Countess is splashed by the wench's blood. Through some sort of sorcery, the blood makes the Countess appear decades younger. That sounds like an awful lot of work, when everyone knows all one has to do is keep a portrait of themselves in an attic that ages for them, and save themselves the hassle of gory cleanup. Easy-peasy. 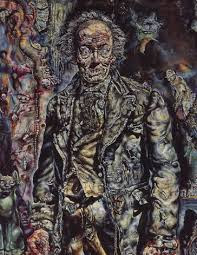 Since baths aren't much to keep the plot moving along, the wench goes missing and so does the Countess's undergarments, and the Captain who has been giving the Countess the old humpty-dumpty tells the wench's hysterical mother to check the whorehouse, causing everyone much consternation.

A bunch of movie happens. At the 26-minute mark, the Countess assumes the identity of her own daughter, even though her daughter is on the way. I had to watch this part three times to get it, because I kept pulling a Martin Crane and fell asleep. Meanwhile, the daughter is kidnapped, and held captive in a filthy hovel. I'm not sure why.

The Captain and some old wizard dude fall asleep playing chess, which is where I fell asleep again. The Countess tries to go all Harlequin Romance Novel with a younger man, but the youth-enhancing effects of virgin blood wears off, turning the Countess into an even uglier, older hag. Suddenly, there's a dance routine in lieu of plot. After a tarot card reading, the Countess stabs one of the  dancing girls in the neck with a large hair pin, so I guess the dancing really did have something to do with it. After regaining her youth, The Countess gets a literal roll in the hay. We're only 40 minutes into this film, and I've fallen asleep at least 3 times, but I was too drowsy to keep track.

The daughter weakly tries to escape her kidnapper, and gets her ankle kissed through the wall of the shack she's held in, because why the heck not. Children discover a nude body. The Countess gets uglier every time the virgin blood rejuvenation wears off.

The Countess has a nightmare as winds and werewolves howl outside her window. Another bellydancer stretches for time. The Countess wanders around her bedchambers shrieking and wailing. I keep falling asleep. My chair is not comfortable.

After applying the blood of a prostitute with an enormous puff to her face, the rejuvenation fails, causing the Countess much distress. The Captain goes to town and purchases a goat and gets an ugly virgin for free. The daughter escapes her captive, and abruptly falls in a creek. Someone finds piles of nude, bloodless corpses hidden behind barrels. The film ends, and I get a terrible crick in my neck.

Featuring extravagant head wear, high collars, plunging necklines, labyrinthine sets, facial warts, a dead protstitute in a closet, and a couple of goats, Countess Dracula resembles a period romance that just happens to have hints of horror, which would disappoint viewers looking for some classic Hammer vampire action. Containing lots of dialogue, some dancing, minuscule amounts of horror, and zero Draculas of any variety, someone at the very end of the film says the phrase Countess Dracula, which is the only time Draculas are acknowledged at all, as far as I can recall. Still, it's atmospheric, but that doesn't quite make up for the slow moving plot.