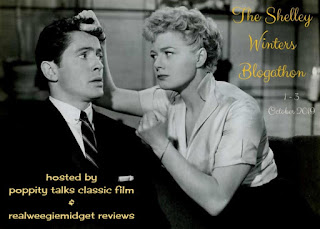 Oops-a-daisy. I accidentally forgot to blog for 18 months. How embarrassing.
I used to be one of those bloggers who would look at a blog that has been abandoned and thought to myself, "Why, I enjoy blogging so much and giving random strangers a piece of my mind, I'd never let my blog go silent",  and look what's happened. I totally shut up, and I never do that, even when begged to.
Once again, I'm completely out of my element and late to the party, and since that's been my MO since almost forever, I should be used to it by now. The basic gist of my blog is to critically examine some lesser known films that often hover at the lower ends of IMDB's Bottom 100, and by "critically examine" I really mean "barely pay attention to while gorging on Halloween-themed snack cakes". 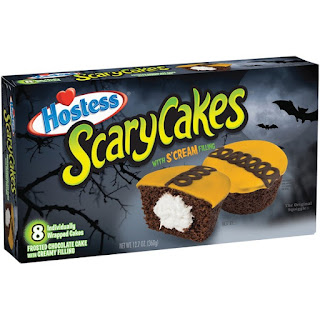 Over the past year or two, Gill at ReelWeegieMidget Reviews has been gracious enough to allow me to participate in her always entertaining blogathons, even though I'm often tardy and unfocused. I'm grateful to be included, even though I'm ill-equipped to give accomplished actors Lee Grant, Jeff Goldblum, and now, Shelley Winters the spotlight they deserve, when inevitably I somehow manage to make every blogpost about me, go off subject, meander about on unrelated side-quests, and when I finish the post a year and a half after I said I would. Oops.

So, before I get started, I wanted to thank Gill for everything, and away we go. 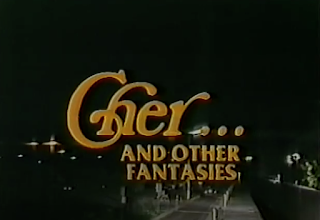 The first thing you might notice once you start this grainy transfer from VHS (with vintage commercials!) on Youtube is that this variety TV program from 1979 features Cher undergoing 19 costume changes. Maybe you might not notice, because the image is terrible, she's enveloped in dreamlike, dry ice fog, and she's covered in thousands of pounds of sequins. This sequence must have taken weeks to shoot and thirty trips to the wig store.
Allow me just a moment to give everyone a little history lesson. Thousand of years ago during television's infancy and before we could hit the "Skip Ad" button, TV programs consisted of about 6 minutes of actual entertainment and 24 minutes of advertisements, and nearly all of them sang to you. Even Egg McMuffins had a theme song.
Anyway, Cher goes to a party in a labyrinthine apartment building and meets Elliot Gould, who skips. After some awkward dialogue where words seem to have been pulled randomly from the Mad Hatter's hat, Cher journeys from one vignette to another in a vaguely Alice In Wonderland-kind of way although you wish she wouldn't. 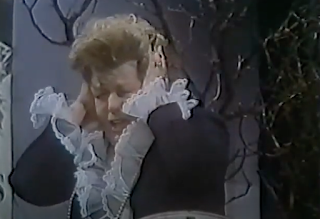 In the vignette entitled Misery Loves Company, Shelley Winters tries to sell Cher "1, 2, 3 and 4 hanky tragedies" amidst canned laughter. After some awkward prodding the pair recreates "Withering" Heights, and Cher gives Shelly Winters acting lessons. Shelly Winters get her skirt blown up by a fan mimicking the wiley, windy moors. They shove each other's faces in some dirt. They seem to be good sports about these indignities, and they have a genuine chemistry.
While we're on the subject of Withering Heights, allow me to take a moment to share this video of Noel Fielding recreating the Red Dress Version of Kate Bush's music video for Wuthering Heights for no good reason at all other than it being possibly the best thing that's ever happened ever.
Speaking of shag haircuts, pointed chelsea boots, and The Great British Bake Off, Cher performs Bob Seger's "Feel Like a Number" while playing unconvincing air guitar and it looks suspiciously like she's never seen anyone play a guitar, let alone marry a guitarist. 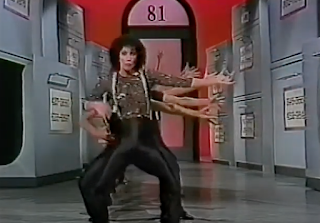 Before we discuss the next vignette and while we're on the subject of black satin pants with suspenders, I'd like to take a moment to post a video by Moog synthesizer composer Mart Garson to get you warmed up.
Ok, now that we got that out of the way, the next vignette in Cher...and Other Fantasies is a spectacular Red Shoes-inspired roller skate ballet with classical music performed on an analog modular synthesizer, and by "spectacular" I mean, well, I don't exactly know what I mean. It's a thing, and it exists. 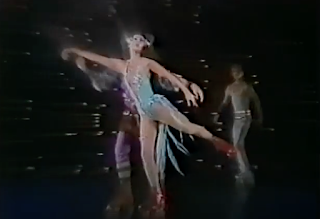 Cher seems to be a supporting actor in her own show. This was conceived a few years away from her serious acting with Silkwood, and it seems like someone involved just wants her to shut up and sing. Cher...and Other Fantasies was nominated for an Emmy for Outstanding Costume Design, and considering how many costumes there are, I'm genuinely surprised it didn't win. Oh yeah, speaking of "costumes", Andy Kauffman makes an appearance as Adam while speaking with his Latka voice wearing leafy pantaloons while playing basketball in the Garden of Eden while Cher in a dual role lounges in a tree wearing snake print and making some risqué jokes about Kaufman's figs.
There were an awful lot of whiles in that sentence, and it was just awful. You gotta do what you gotta do. 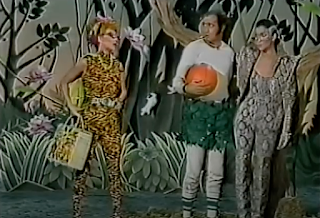 Speaking of figs, the video I watched contained vintage commercials from when Fruit Of The Looms cost $1.07 a pair.
Brutal, nonsensical, and tedious, Cher...and Other Fantasies is an extravaganza of sequins and cheese and is recommended if you like stuff that was extravagantly costumed by Bob Mackie and stuff that sucks.
Posted by Stabford Deathrage at 1:24 PM